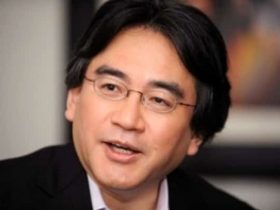 Nintendo have been confirmed as an exhibitor at Endemol’s Legends of Gaming LIVE 2015 later this year, a three-day expo that will celebrate the videogames that we all love.

The Kyoto outfit will have their latest games on show, as well as running giveaways, competitions and tournaments throughout the weekend – joined in their efforts by other exhibitors that so far include ASUS, 2K Games, GAME, Intel, Konami, and Roto VR.

However it will be raft of YouTube stars that will assist in drawing in the crowds, enlisted to take each other on in head-to-head matches, as well as meet and greet fans. The first group of these have today been revealed through a new trailer for the expo, revealing Ali-A, AshleyMarieeGaming, Calfreezy, Dan TDM, Syndicate, Twiinsane and Wroetoshaw.

Legends of Gaming LIVE 2015 will take place at London’s Alexandra Palace between 4th – 6th September, with tickets now available to purchase through the official website.