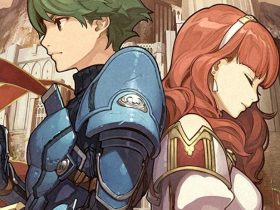 Nintendo have announced a partnership with Red Bull Media House to bring a selection of new 3D video content to the Nintendo Video service.

You’ll be able to enjoy both 3D extreme and street sports clips that will be available to be viewed on your Nintendo 3DS.

The clips, which are due to launch across the new few months, will include highlights of the Red Bull Rampage mountain biking championships which saw American rider Cameron Zink claim the top spot, and the hard fought Red Bull BC One US Final which was won by B-Boy El Niño and grants him the right to represent the USA at the world finals of the Red Bull BC One 2011 in Russia.

Additional video content will allow you to view highlights including the US Surfing Open 2010, extreme dirt bike riding at The Red Bull Dirt Pipe 2010, kayaking at the Red Bull Northern Exposure 2011 and the world’s hardest downhill skiing course – the Red Bull Streif-Abfahrt.