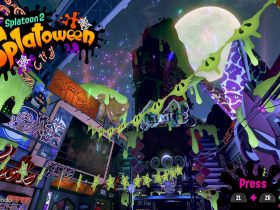 While we once again get the usual “system stability improvements” that promise to enhance your experience with the console, there are new additions to accompany that.

There are six new user icons based on New Super Mario Bros. U Deluxe – 3-Up Moon, Toadette, Super Crown, Peachette, Super Acorn and Nabbit – as well as the ability to choose Chinese, Korean and Taiwanese as your console’s language.