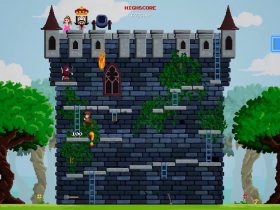 This introduces the chance to capture video on select games, saving the previous 30 seconds to the Album when the Capture button is held down briefly – the user then able to trim the clip before posting to Facebook or Twitter.

Along with that, there are new user icons with characters from The Legend of Zelda: Breath of the Wild and Super Mario Odyssey, the ability to transfer user and save data to another system, a pre-purchase option on the Nintendo eShop, changes to the News channel, and a feature to match software version with other local users.