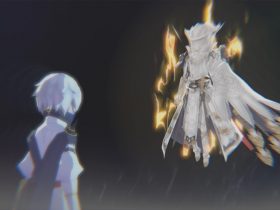 New Oninaki Trailer Introduces The Daemons That Fight Alongside You

The free app lets parents easily monitor how much their child plays on Nintendo Switch, choose how long they can play for each day, and set restrictions to limit what they can access.

The app has a new whitelist feature that lets you choose to exclude games from the Parental Controls restrictions, the ability to lock the app, and changes to the bedtime alarm. But, right at the bottom, it mentions that Nintendo Switch system update 5.0.0 will be required to use some of these new features.

In order to use some of these features, you will need to update the Nintendo Switch system version to 5.0.0 or later.