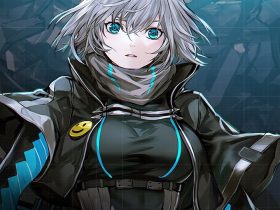 It is no secret that the Nintendo Switch has been met with continual high demand around the world, with Nintendo indicating that they are scaling up production in order to help avoid stock shortages.

While Nintendo of America president Reggie Fils-Aime had shared multiple component shortages were to blame, DigiTimes reports that the company has raised their order with manufacturers to two million units per month – according to sources from the upstream supply chain.

Their sources add that stock shortages have resulted from tight supplies around key components such as DRAM, rather than any defective components or issues with the console’s assembly.

As of 30th June 2017, Nintendo had sold 4.7 million Nintendo Switch consoles worldwide and has looked to hit a 10 million milestone within the fiscal year. With that strong performance early on and the holiday season approaching with Super Mario Odyssey as their next big hitter, it’s understandable that they would want to make sure that there were enough consoles in the wild.

With Tencent set to release Arena of Valor on Nintendo Switch, there is widespread speculation that Nintendo plans to start selling the console across China in early 2018.