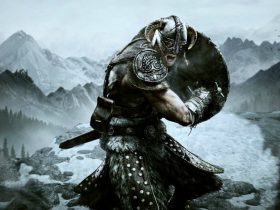 Nintendo of America has announced the Nintendo Switch games that will be playable at PAX East this week, revealing a lineup that includes Mortal Kombat 11, Hellblade: Senua’s Sacrifice, and Assassin’s Creed III Remastered.

And then at the Nintendo booths, you can go hands-on with Nintendo Switch games like Yoshi’s Crafted World, Dragon Quest Builders 2, Bloodstained: Ritual of the Night, and anticipated indie games.

There will also be a photo opportunity inspired by Yoshi’s Crafted World and mini-challenge competitions that you can participate in to win branded prizes, while supplies last.

The list of playable Nintendo Switch games scheduled to appear in Nintendo’s booths include:

“PAX East will be really exciting this year. Not only will we have new games for fans to try, but it will also be the culmination of our Nintendo Switch tournaments across North America,” enthuses Nintendo of America’s senior vice president of sales and marketing, Doug Bowser.

“From the thousands of competitors who began the journey, our finalists rose to the top and are ready to put the skills to the test for everyone in person and watching online.”