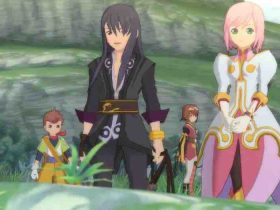 That came about when many of the studios had the chance to meet Nintendo for the first time at the second annual DigiPen Game Conference, which had been held in Singapore in February.

“DGS is always looking to help expand the outreach of the indie game community, and we are gratified to see the impact of DGS’s efforts on these studios with their plans to create future games for Nintendo Switch. Together with international companies like Nintendo, Ubisoft, Koei Tecmo, Bandai Namco, and gumi Asia, this will engender an even more sustainable game industry in Singapore.”

The Infocomm Media Development Authority (IMDA) continues to support DGS in their effort to promote the game industry and encouraging indie studios to bring their content to a global audience. They believe that, by competing internationally, Singapore’s indie game industry will build expertise and learn to excel.

“It is encouraging to see renowned brands in the gaming industry having a vested interest in Singaporean independent game studios,” adds Angeline Poh, IMDA’s assistant chief executive for content and innovation.

“This is a recognition of the talent we have in Singapore and the quality of work they have produced. It is vital that there is quality training provided by educational institutions such as DigiPen, and industry events such as the DigiPen Game Conference provides the platform for our local game developers to showcase their work.”