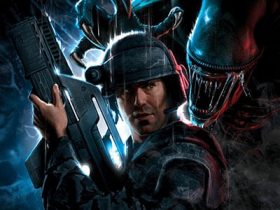 Nintendo remain continually aware that it is down to them to make the Wii U more enticing to third-parties according to Charlie Scibetta, Nintendo of America’s senior director communication.

That will expectedly come from expanding the installed base, with the company looking to key first-party software releases such as Mario Kart 8 and Super Smash Bros. for Wii U to attract consumer attention.

He continued, reasoning that Nintendo wouldn’t release software until they are satisfied that it is ready, namely to “protect the brand” and goodwill that they have built up with fans: “Sure, everybody would like to have games earlier, but the good thing about Nintendo is that product quality is really important to us, so we would never ship it early just to help our bottom line or our financials for the holiday season. It’s much more important for us to protect the brand, the goodwill we’ve built up with fans over the years.

“The good thing about Nintendo is we’ve been dedicated to gaming for over 30 years now, and it’s not like we do anything else. It’s not like we’re going to go away from what we do and try something different. We’re in for the long haul in gaming.”