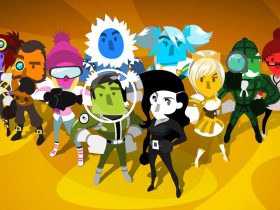 Nintendo has announced that their independent developer support will continue at this weekend’s IndieCade festival.

Taking place between Friday 23rd – Sunday 25th October, the festival is one of the country’s largest celebrations of independent developers with “Nindies” on hand to display and discuss several games that will shortly see release on Wii U.

“Nintendo has always supported creative and innovative game designers,” comments Damon Baker, Nintendo of America’s senior marketing manager of publisher and developer relations. “It’s an honor to collaborate with IndieCade as an opportunity to not only showcase the quality games available in the Nintendo eShop, but to also celebrate the forward-thinking developers behind them.”

Indie games that will be on display at Nintendo’s booth are as follows:

FAST Racing Neo from Shin’en
FAST Racing Neo throws players into a futuristic racer with hyper-fast anti-gravity vehicles. Up to four players can race against one another in split-screen local multiplayer mode, with up to eight racers able to participate in online multiplayer mode. FAST Racing Neo will launch exclusively in the Nintendo eShop on Wii U before the end of the year.

Hive Jump from Graphite Lab
Hive Jump is a fast-paced multiplayer action platformer for up to four players. Players engage in run ’n’ gun combat with swarms of aliens, all the while avoiding traps and collecting resources. The game will feature amiibo support when it launches in the Nintendo eShop on Wii U in early 2016.

Runbow from 13AM Games
Runbow is a Wii U-exclusive action game for up to nine players. Platforms and obstacles appear and disappear as the background color changes, so players have to think fast, stay alive and make it to victory in Run mode, or take on co-operative challenges in Adventure mode. The full version of Runbow is now available in the Nintendo eShop on Wii U with more modes, more costumes and way more chaos!

Typoman from Brainseed Factory
Typoman is a puzzle platformer with a unique twist: Players use letters to alter the environment! The beautiful, dark and surreal adventure launches in the Nintendo eShop on Wii U in Q4.

Tumblestone from The Quantum Astrophysicists Guild
Tumblestone is a casual puzzle and competitive multiplayer game with beautiful, hand-drawn artwork. At first glance, Tumblestone may resemble other Match-3 games, but it re-invents the genre into a deep and cerebral puzzle-solving experience that players won’t forget. Tumblestone launches in the Nintendo eShop on Wii U in summer 2016. 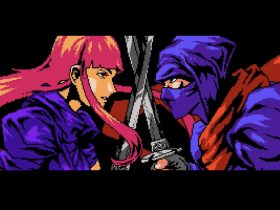 Rescue Your Clan In Cyber Shadow On Nintendo Switch This Year 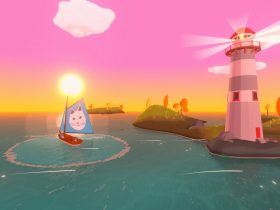 Build Your Fleet In Sail Forth On Nintendo Switch In 2020

December 11, 2019
Do NOT follow this link or you will be banned from the site!