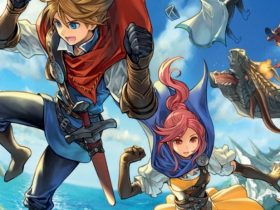 Create Your Own Quests In RPG Maker Fes This Summer

Nintendo of America’s Krysta Yang presents a highlight reel showcasing all that the company had on show at San Diego Comic-Con 2014 last weekend.

Nintendo then coaxed them into sharing their experiences, which were positive all around!