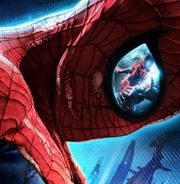 Having announced earlier today that Nintendo are due to launch a new range of budget software for the Wii across both North America and Europe, we can now take a glance at the box art for the latter region.

Titles within the Nintendo Selects range, to be available across Europe, will include Wii Sports, WarioWare: Smooth Moves, Mario Strikers Charged Football and Animal Crossing: Let’s Go To The City. Within North America, you’ll be able to choose between The Legend of Zelda: Twilight Princess, Animal Crossing: City Folk, Mario Super Sluggers and Wii Sports.

The Nintendo Selects range is due to launch across North America from May 15th and Europe on May 20th.