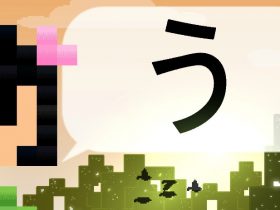 Nintendo of America has plenty of activities planned around PAX West 2017, kicking off with [email protected] that will take place before the gaming event gets underway.

[email protected] returns on Thursday 31st August at the Museum of Pop Culture (MoPOP) in Seattle, and, open to the public, will let attendees speak to developers and check out unreleased indie games that are releasing on Nintendo Switch – some of which, we can assume, will be announced in the Nindies Showcase Summer 2017.

There will also be the Nindie Arcade at PAX West. This will be set up at the Washington State Convention Center on the third floor in room 3B, with attendees invited “to play great games and chat with the developers who created them.” It will be open from 12 – 9pm between Friday 1st – Sunday 3rd September, and 12 – 6pm on Monday 4th September.

Attendees can also take on the Super Mario Odyssey Fan Challenge, completing certain activities related to the Nintendo Switch exclusive to receive a passport stamp. Once all stamps are collected, they can receive “a Super Mario Odyssey-themed gift,”

Rocket League, NBA 2K18, and FIFA 18 will be playable on Nintendo Switch, with the Pokkén Tournament DX Virtual Academy fan event to run from 6 – 8pm on Friday 1st September at the Sheraton Hotel in the Willow Ballroom (second floor). There, Pokkén Tournament DX will be playable, a tournament will be run, and exhibition matches that will see pro gamers take on Nintendo’s Treehouse.

Nintendo 3DS games will also be at the show, such as Mario & Luigi: Superstar Saga + Bowser’s Minions and Metroid: Samus Returns.

Then, on Saturday 2nd September, up to 600 fans can attend a Nintendo Minute episode recorded live that will be focused on Metroid: Samus Returns. This will be filmed from 10 – 11am in the Hydra Theatre Leonesa I-III Ballroom at the Grand Hyatt Seattle hotel.

And, My Nintendo members can check in with their QR Code pattern to receive a My Nintendo Pass. This will allow the pass holder to access a priority line with shorter wait times for the Nintendo booth and the Nindies Arcade at specific times. These will be distributed on a first-come, first-served basis while supplies last.