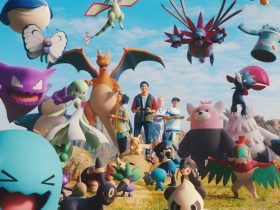 It was Pearl’s Team Chaos that reigned supreme in Splatoon 2’s final Splatfest, and, now that the ink has settled, Nintendo has thanked the community for participating in the in-game events.

It has been two years since the ink-based shooter first launched, and, to celebrate, Nintendo has taken the opportunity to look back at the Splatfests that have run up until this point in time.

The Splatfests saw players battle it out in Turf War matches to decide whether Mayo or Ketchup was better, Action or Comedy, or even how toilet rolls should be placed on the holder – Front Roll or Back Roll.