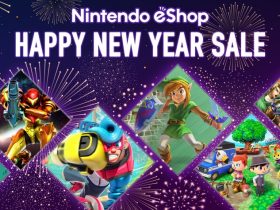 Momentum continues to build behind the Nintendo eShop, with Nintendo of America having given a rundown on first and third-party games that will be making their way to Wii U and Nintendo 3DS this year.

BOXBOY! (3DS)
HAL Laboratory’s BOXBOY! will task players with thinking outside the box to save a world in peril. You’ll help Qbby clamber through tricky landscapes by creating boxes to build structures, fortifying yourself with boxy defenses for protection. There are 173 stages to keep you busy, with additional Time Attack and Score Attack modes.

Don’t Starve: Giant Edition (Wii U)
The Wii U is treated to the definitive version of Klei Entertainment’s uncompromising wilderness survival game in Don’t Starve: Giant Edition, with the Wii U GamePad lending Off-TV Play support and quick access to the in-game map.
Never Alone (Wii U)
Atmospheric puzzle platformer Never Alone was created by E-Line Media in partnership with the Alaska Native community, and will make its way to Wii U in a few months time. Exploring the harsh and vibrant world of Alaska through the traditional stories of the Iñupiat people of the Arctic, the Wii U GamePad will allow for Off-TV Play and display contextual insights into the history, culture and lives of the Iñupiat people.
Runbow (Wii U)
13AM’s psychedelic and chaotic party game Runbow lets up to nine players compete in fast-paced challenges with platforms and obstacles that appear and disappear as the background changes colour. Catchy music, striking characters and environment art, and hectic combat mechanics make this a Nintendo eShop addition you won’t want to miss out on.
Swords & Soldiers II (Wii U)
2D side-scrolling strategy sequel Swords & Soldiers II will see players acquire units, cast spells and build structures as they look to overwhelm and outsmart their opponents. Romino Games deliver three factions – The Viking Legion, the Demon Horde and the Army of the Persian Empire – with which you can call on mystic swordsmen, shadowy assassins and evil witches.

The current Nintendo eShop release schedule for 2015 is as follows: