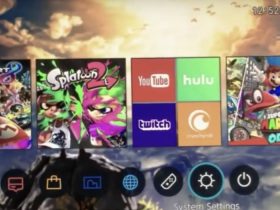 With the news that Super Smash Bros. Ultimate’s street date was broken (whether that be down to a retailer or distributor), Nintendo has started to retaliate against those that have chosen to post the mascot brawler’s content online.

Two YouTube channels – Dystifyzer and Crunchii – had started to upload tracks from the game’s soundtrack, and, after they had started to circulate online, has resulted in Nintendo hitting them with multiple Copyright Strikes.

These are received when a copyright owner notifies YouTube that the channel does not have permission to post their content on the website – resulting in the uploads being immediately taken down to comply with copyright law.

If a channel receives three copyright strikes, their account (and any associated channels) will be terminated, all uploaded videos will be removed and the owner will be unable to create new channels. That’s what fate now awaits Dystifyzer and Crunchii.

“Well, guess it was a nice run for a few years. My channel will be gone next week. Sorry everyone. I’ll try to see if I can get this resolved, but there’s a very good chance I won’t be able to. There will not be a third channel,” Crunchii explained.

“For those wondering, I have 21 Copyright Strikes right now. This will probably go higher. You can probably guess why. The odd part is that I’ve been given strikes for songs from the older Smash titles too.

“I do not have access to my channel’s settings anymore as a result. My other channel that I used before for gaming is okay, that will be unharmed. I will not be using it though.

“I don’t have access to my channel settings anymore so I can’t edit, or delete any of my videos. Enjoy whatever videos are still up.”

Whereas Dystifyzer acknowledged his own misjudgement, explaining his belief that waiting to upload the Super Smash Bros. Ultimate soundtrack to his YouTube channel at launch “would have been a death sentence” if Nintendo had chosen not to intervene.

“I have also been copyright striked and the Dystifyzer YouTube channel will be deleted in 7 days. I knew the risks when uploading a soundtrack 2 weeks early, but I didn’t want to be left behind other uploaders. Tough luck,” Dystifyzer wrote.

“Super Smash Bros. Ultimate is important to me, and I totally understand Nintendo’s decision. I definitely would have done the same in their shoes. Smash with its 900 songs was just a really good opportunity I did not want to lose.

“Uploading 2 weeks after everyone else would have been a death sentence if their videos stayed up. As I cannot have another YT channel I will ask someone to create one for me and let them be the de facto owner. All my videos and the 24/7 Nintendo Music Stream will move there.”