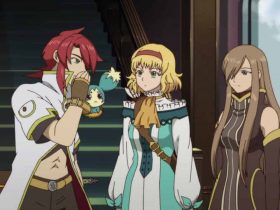 Nintendo of America have responded to the guilty verdict they faced yesterday, in regards to infringing upon a technology patent.

The company had been taken to court by ex-Sony employee Seijiro Tomita, who claimed that the Nintendo 3DS’ design infringed upon his patent for 3D imagery without the need for glasses.

“A jury awarded $30.2 million in damages to Tomita Technologies in a patent infringement lawsuit brought by Tomita against Nintendo,” Nintendo of America’s statement reads (via IGN). “The Tomita patent did not relate to the 3D games playable on the Nintendo 3DS. The trial was held in U.S. District Court in New York before Judge Jed Rakoff.”

It continues, “Nintendo is confident that the result will be set aside. The jury’s verdict will not impact Nintendo’s continued sales in the United States of its highly acclaimed line of video game hardware, software and accessories, including the Nintendo 3DS.

“Nintendo has a long history of developing innovative products while respecting the intellectual property rights of others.”