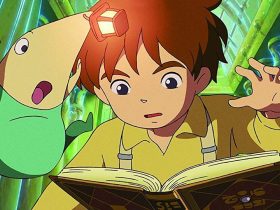 LEVEL-5’s CEO Akihiro Hino had shared the news regarding the Nintendo 3DS exclusive as part of the company’s Vision 2015 held in Japan today. He discussed how Yo-kai Watch will initially see release in North America, before steadily rolling out across other countries month-by-month throughout the remainder of the year.

Nintendo have later clarified that they will launch the game in North America, Europe, Korea, Australia and New Zealand, although haven’t provided any time frame to this.

This is the final piece of the puzzle relating to localisation plans, with Hasbro handling toys and merchandising whereas VIZ Media will take responsibility for bringing the anime series westward.

Yo-kai Watch will launch exclusively for Nintendo 3DS in Europe and North America in 2016.