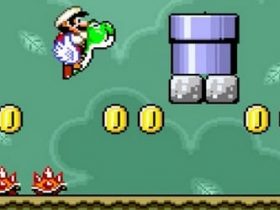 As we previously shared, the latest Wii U system update (4.0.0J) has been pushed live prior to the Nintendo Direct set to air on October 1st.

Now, we can learn precisely what Nintendo have added in aside from the usual tinkering to improve performance, and it certainly impresses. Notes provided by Nintendo of America share the following:

New Features
* A feature to output video and sound to the Wii U GamePad when using Wii Mode¹ (Users can choose to output to the TV and GamePad, or just the TV)
* A feature to automatically receive recommended software and demo titles from Nintendo using SpotPass
Support for USB keyboards
* An option to disable use of a Nintendo Network ID on non-Nintendo hardware, such as PCs and smartphones
Support for Dolby® Pro Logic II Surround Sound when playing Wii software

Changes to System Settings
* An option to automatically receive recommended software is now available under “Internet”
* A setting to select which cable outputs sound is available through “TV” (Users can choose to output sound through an HDMI cable, non-HDMI cable, or both cables at the same time.)
* A setting to adjust the hourly interval in which standby functions are performed is available under “Power Settings” when Standby Functions are enabled