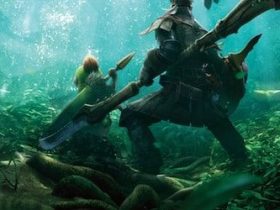 When Walmart suddenly closed their online pre-orders for the Mario amiibo Gold Edition, fans feared that they’d missed their opportunity to snag the special amiibo.

It would appear not, thankfully. Nintendo of America have moved to reassure those across the United States that it was “just a small fraction” of stock that had been made available to pre-order ahead of the figure’s launch on March 20th.

Releasing to coincide with Wii U exclusive Mario Party 10‘s competitive antics, Nintendo encourage fans to visit their nearest Walmart store to secure the golden Mario amiibo on such date.

“Just a reminder that the Walmart online preorders for the new Mario amiibo Gold Edition represent just a small fraction of product made available in advance of the launch,” Nintendo of America wrote on Facebook. “You can still pick one up at a Walmart store on 3/20.”