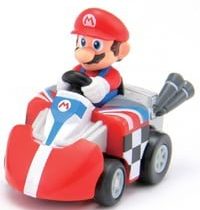 Whilst Activision are still to formally announce the platforms for which Spider-Man: Edge of Time is currently in development for, the latest issue of Nintendo Power has provided such information.

“At the behest of Activision, developer Beenox (Spider-Man: Shattered Dimensions) will bring Spider-Man: Edge of Time to all three Nintendo systems this fall,” the magazine confirms. So, that’s a Wii, Nintendo 3DS and a Nintendo DS version on the way!

Spider-Man: Edge of Time is a focused, action-packed adventure set in two connected and evolving timelines, from the contemporary times of the Amazing Spider-Man to the corrupted future world of Spider-Man 2099, against the backdrop of a rich, tightly crafted narrative by acclaimed Marvel veteran Peter David (co-creator of the comic book series Spider-Man 2099).

Spider-Man: Edge of Time will release for Wii, Nintendo 3DS and Nintendo DS later this year.