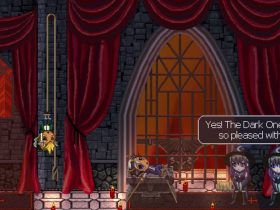 Death Lies Around Every Corner In REZ PLZ On Nintendo Switch

Delving into the realms of football management, Nintendo Pocket Football Club will kick into touch through the Nintendo eShop next year.

Players be placed in charge of their very own football club, able to decide its emblem and kit whilst training players and overseeing what tactics will be put to use on match days.

Expanding beyond simply being a single player offering, you can also compete in local wireless matches against friends or take on managers equally eager for success across Europe online.

Nintendo Pocket Football Club will release for 3DS through the Nintendo eShop in 2014.