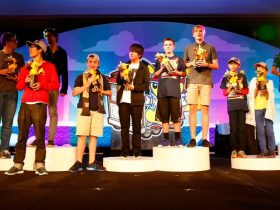 Nintendo once pitched to J.K. Rowling to secure the necessary rights to produce game adaptations of the Harry Potter series, Unseen64 have uncovered.

That was back in 1998, when Nintendo halted work on Ridge Racer 64, Bionic Commando and Crystalis as news emerged that the license was being auctioned off. Nintendo Software Technology were in charge of the pitch, dividing themselves into two groups with one working on ideas for a third-person adventure and another on a Quidditch game.

“All together it was only a week of insanely furious scribbling things to the digital artists to create animations for mock game demos,” a source revealed, before sharing that an internal disagreement may have ultimately led to them losing the pitch.

Character designs were inspired by Thomas Taylor’s cover art for Harry Potter and the Philosopher’s Stone, although the studio’s seniority pushed to pursue those with more Japanese manga influences.

“…it went against all my instincts based on what I had read quotes from JK about keeping it strictly British, and I had to revamp my initial designs and go more manga/Japanese – I had a big fight about that, but my boss insisted,” the source explains.

J.K. Rowling eventually declined the bid, instead selling the rights to Warner Bros. for what is understood to have been £1 million. Electronic Arts were later contracted to create Harry Potter games, although we all know that TT Games’ LEGO Harry Potter remains the best…