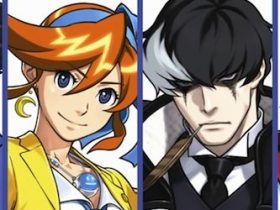 Talk surrounding challenging the conventions of the series and concept art for Linkle in Hyrule Warriors has resulted in The Legend of Zelda: Tri Force Heroes director Hiromasa Shikata being asked as to why players can’t quest as a female Link in the Nintendo 3DS exclusive.

The game tasks three players to tackle dungeons together, as they battle grizzly monsters, solve problems and gather materials that can be used to create outfits. These provide you with new abilities and weapon enhancements, but a Zelda outfit led to the question as to why players could only crossdress rather than play as a female character.

“I’m going to tell you a little bit about the story quickly and we’ll circle around, here,” Shikata begins in his response to IGN.

“There’s this kingdom, an event happens, and the king needs heroes. So, he puts out a call for heroes to gather and one of those is this guy Link. He sees this audition, basically, ‘Heroes needed; apply here.’ And, that’s the start of his adventure.

“The story calls for this sort of legend/prophecy where heroes will come together to help solve a problem. And in that, they are male characters. So, because the game is set with that as the story background, you cannot choose a gender; you are a male character.”

IGN went on to explain their disappointment that, considering a Zelda outfit is available in the game, Nintendo hadn’t taken the opportunity to provide a female audience with the chance to explore Hyrule from another perspective.

“Understood. I understand what you’re saying, and just as general information, we do have a lot of female staff members who are playing this game and enjoying it,” Shikata responded.

“It doesn’t seem to be a big issue to them. They still are getting emotional investment in this game. And to be honest, Link isn’t the most masculine of guys in the world, depending on how you want to project yourself into the character.”