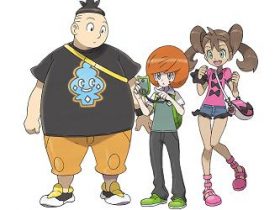 Within, avid fans can explore the history of the franchise right through from its 1986 debut up to the most recently released instalment, The Legend of Zelda: Spirit Tracks. Unfortunately, it only details titles available on current platforms – so only Nintendo DS, Nintendo 3DS and Wii (including Virtual Console) are mentioned.

Nintendo also tease that fans should keep checking regularly for updates as “you never know what might appear!”

You can check out the hub out through this link.