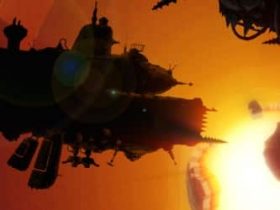 Nintendo of Europe have today detailed the first major system update for the Nintendo 3DS, due to be available across the region on June 7th.

Owners of the handheld will be able to look forward to an Internet Browser and the Nintendo eShop – the latter providing access to a variety of new content for the handheld.

Firstly, in celebration of the launch of the Nintendo eShop, NES classic Excitebike, completely re-mastered in 3D, is to be offered as a free download for a month until July 7th.

Pokéfans will also be able to download a free Pokédex 3D application, with which they will begin collecting data for more than 150 Pokémon from the Pokémon Black and Pokémon White Version games. The application itself will allow users to view each Pokémon in 3D, as well as incorporating animated motion and sound.

You’ll be able to complete your Pokédex by sharing data with friends and using the SpotPass feature, or by scanning special Pokémon AR Markers (augmented reality markers). Once users have received data for a Pokémon, the AR Viewer allows them to view that Pokémon image in a real-world setting in real time, whilst providing a further opportunity to create photos to share with friends.

The free Internet browser, which can be used during gameplay, also features the capability of displaying 3D images on websites that are specifically designed to show them.

Through downloading the system update, you’ll also now be able to receive SpotPass content from supported public WiFi hotspots across Europe. In the near future, Nintendo 3DS owners will also be able to download a free application that will allow you to watch specially selected video content including 3D movie trailers, comedy clips and music videos automatically received through SpotPass.

In order to download the system update on June 7th, Nintendo 3DS owners will need to head to System Settings > Other Settings > System Update, accessible from the Home menu.