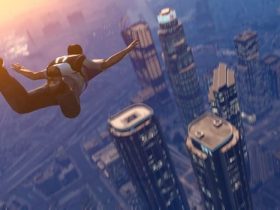 Grand Theft Auto V on Wii U “up for consideration”

Nintendo’s social media activity has been remarkably improved over the past few years, and, while they may not directly respond to fans, we know that they’re at least enjoying everyone’s buzz and listening out for concerns.

While Twitter and Facebook have been their primary channels of choice, Nintendo of America have today added video messaging and live streaming applications Snapchat and Periscope into the mix.

They’ve already been fairly active on Snapchat, sending humorous and goofy images to anyone following them, while Periscope will be used to take viewers on a tour at next month’s E3 2015.

Nintendo is on Snapchat now! Follow user NintendoAmerica or scan the Snaptag on the photo to add us! pic.twitter.com/3SQumXHBHb

LIVE on #Periscope: Follow us for updates from E3! https://t.co/uNd3yUnNCD