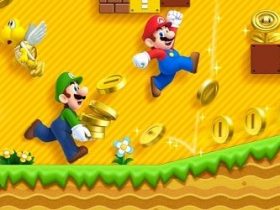 Nintendo of America president Reggie Fils-Aimé has indicated that Nintendo NX won’t be positioned to compete with Microsoft and Sony simply in terms of power.

Microsoft’s head of Xbox Phil Spencer revealed Project Scorpio in their E3 2016 press conference, a new console that will boast six teraflops. Whereas Sony Interactive Entertainment president Andrew House revealed Project Neo prior to E3, which he described as a “high-end PlayStation 4.”

He continued, “Nintendo is a content focused company. We create entertainment that makes people smile. So for us, we’re focused on bringing our best entertainment to both the Wii U, as well as the NX in the future. So, for us, whatever Microsoft and Sony are doing in terms of talking about new systems, that’s for them to fight out in that red ocean.

“For us, we want to make sure we’re bringing our best content forward, and, right now, the reaction to Zelda has been more than we could have ever imagined.”