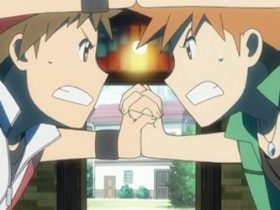 Nintendo of France’s Philippe Lavoué recently sat down with Le Figaro to discuss the company’s success in the country throughout the past year.

That saw them be sell 4.5 million games, outpacing EA and Ubisoft to be named the top publisher. Pokémon Omega Ruby and Pokémon Alpha Sapphire saw the strongest sales with more than 476,000 copies sold, whereas Tomodachi Life‘s quirk has now attracted more than 450,000 buyers. Lavoué attributes that success with the popularity that it has seen with children and young girls, with word of mouth working in Super Smash Bros. for Nintendo 3DS‘s favour – which sits at 279,000 copies sold.

Interest around the New Nintendo 3DS is being observed, with The Legend of Zelda: Majora’s Mask 3D Special Edition New Nintendo 3DS XL (*breathes*) having already sold out. Nintendo of France are now looking toward making Monster Hunter 4 Ultimate‘s launch a success, with Capcom’s title expected to eventually hit the 100,000 sales mark.

Meanwhile, Wii U has celebrated 40 percent year-on-year growth, with the installed base sitting at over 510,000 across the country. While short of their 2014 target, that still sees it in second place behind Sony’s PlayStation 4 with Microsoft’s Xbox One left chasing in third.

That places Nintendo of France in a strong position as they switch gear to 2015, a year in which they will be looking to capitalise on such success.