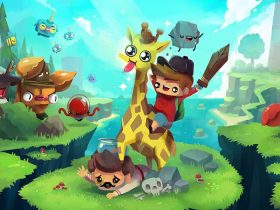 Kit and Krysta are joined by JC Rodrigo from the NOA Treehouse and Twitch’s Scar, as they team up to take each other on with their chosen characters being Mario, Kirby, Link and Fox respectively. They fight across Saffron City, Hyrule Castle and Dream Land, so place your bets on who claims victory!

Super Smash Bros. for Nintendo 64 is available through the Wii’s Virtual Console, which can be played on Wii U through Wii Mode.