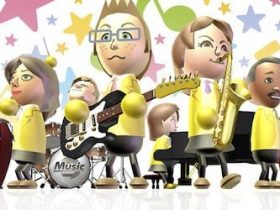 Wii Music U in the works, patent suggests

The Collector’s Edition includes a copy of Silicon Studio meticulously crafted Nintendo 3DS exclusive, a 10-strong original soundtrack CD, and a 250-page deluxe art book. For those wondering whether to buy the game at launch, a demo version, referred to as Bravely Second: End Layer – The Ballad of the Three Cavaliers, is now available on the Nintendo eShop.

We were full of praise for Bravely Second: End Layer in our review, concluding: “Whisking players back to Luxendarc’s charm, it is everything that we could have ever wanted from a sequel. Silicon Studio strongly lead the charge in a bountiful year that promises numerous Nintendo 3DS exclusive RPGs, and in Bravely Second have made sure that the bar remains high.”

Bravely Second: End Layer is now available exclusively for Nintendo 3DS in Japan, Europe and Australia, and will launch in North America on April 15th.