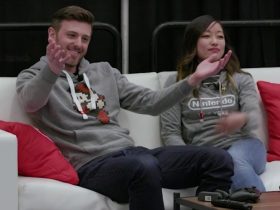 Nintendo of America’s Kit Ellis and Krysta Yang return for another Nintendo Minute, in which they check out Double Dragon 2: The Revenge.

The Arc System Works’ sequel, in which Billy and Jimmy Lee look to defeat the Shadow Warriors in avenging the loss of Marian, continued to bring frantic two-player arcade action to NES. Kit and Krysta play through the opening missions to give you an idea, climbing pipes, bashing foes and dodging bullet-spewing helicopters.

Double Dragon 2: The Revenge is now available through the Wii U and Nintendo 3DS Virtual Console service on the Nintendo eShop.