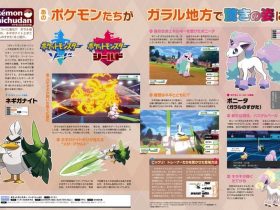 You can now watch this week’s Nintendo Minute episode, which sees Nintendo of America’s Kit Ellis and Krysta Yang travel to Seattle for PAX West 2018.

After attending an event that showcased the games revealed in the Nindies Showcase Summer 2018 video presentation, they went on to check out Nintendo of America’s booth at PAX West 2018 before taking a walk around Seattle.

Then, PAX West 2018 attendees were able to challenge Kit and Krysta in Super Mario Party, before they talked about which Nintendo Switch games they have been playing, set out to complete the Diablo III Scavenger Hunt and tick off other challenges on their to-do list.