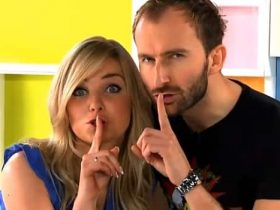 Whilst Mistwalker Studios’ The Last Story is due to release next week within Japan, Wii owners across both Europe and North America eagerly await news as to whether the title will ever be translated for western audiences.

Nintendo of France have provided the latest ray of hope, explaining that the “No plans at the moment” comment had been misinterpreted by the press, and that the adaptation of the game could take a very long time with the translation teams already “overstretched in the short term.”

With the launch of the Nintendo 3DS incoming and heavyweight titles such as The Legend of Zelda: Skyward Sword on the horizon, it is perhaps understandable that translating The Last Story isn’t high on Nintendo’s agenda at the moment. We still hope, however, that they will find the time to do so and ensure that the game receives a western release.

The full response from Nintendo of France was as follows:

“Thank you for your interest in The Last Story. Unfortunately, the vocabulary used by this announcement was misconstrued by the British journalists: “No plans at the moment” does not mean that the output is canceled, just that it is not yet scheduled in the calendar. The adaptation of this game could be very long (12 000 dialogues, a record!) and our translation teams are overstretched in the short term.”