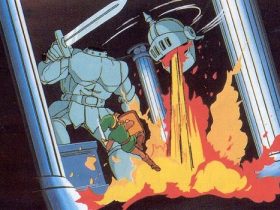 Nintendo are seeking to entice smartphone developers to create games and applications for Wii U, The Japan Times reports.

Whilst it has been independent developers to which their attention has recently turned, announcing the Nintendo Web Framework in March, the company is similarly making a move to offer professional-use conversion software that make smartphone games playable on Wii U.

It is a move that is hoped will bring further hit releases to the ailing console, as third-party publishers confidence in Nintendo’s latest platform continues to wane.