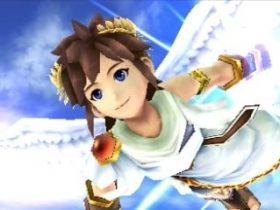 As can be expected with E3 2015 looming away in just a month’s time, Nintendo’s financial results briefing with investors saw Satoru Iwata touch on what the year ahead will bring.

On the subject of Wii U, he discussed their plans to release “games that actively utilise the Wii U GamePad,” namely in Mario Maker and those that have formed part of Shigeru Miyamoto’s utilisation project for the controller. But, outside of that, Iwata indicated that they had “unannounced titles” that would be releasing before April 2016.

“These are the already announced Wii U titles that will be released in the fiscal year ending March 31, 2016, and there are also unannounced titles that are not listed here,” Iwata explained to investors.

“Among these titles, there are games that actively utilise the Wii U GamePad, including several we showed at E3 last year that are considered part of the Wii U GamePad utilisation project led by Mr. Miyamoto.”

He continued, “In the case of other such titles as ‘Mario Maker (temp.),’ I believe that the type of gameplay that lets consumers use the GamePad to take advantage of their creativity to create UGC (user-generated content) for everyone to enjoy offers tremendous possibilities, and I also believe that the nature of the gameplay that encourages parents and children to play together has great potential as well.”