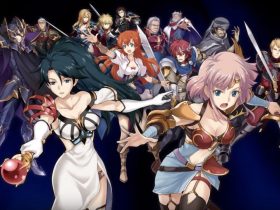 New Langrisser I And II Story Trailer Sets The Scene

Nintendo has confirmed that there will be no more free content updates for ARMS, although will continue to make balance adjustments as needed.

“More Party Crash events are on the way, and we’ll continue to make balance adjustments and other small changes to improve the gaming experience, but we currently have no plans for bigger updates.”

As with Splatoon 2, and Splatoon before it, ARMS is now a completely changed game since it first launched, thanks to the new content and gameplay tweaks that have been made in the months since.

“There are also a few things I’d like to highlight personally,” Yabuki added. “With the director of the ARMS Laboratory, Dr. Coyle, joining the ARMS Grand Prix, all the ARMS fighters have finally got together!

“Because of our commitment to ongoing updates since launch, we feel we’ve reached a point where the strengths and weaknesses of fighters are generally balanced, making for some really exciting battles.

“We will definitely continue to make balance adjustments, as well as run more Party Crash events. Everyone on the development team hopes that players over the world can enjoy ARMS for many years!”