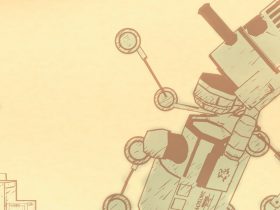 Minecraft Wii U Edition and Pic-a-Pix Colour add-on content arrives, while Wii U and New Nintendo 3DS add Use Your Words and Ascent of Kings respectively.

ACA NEOGEO Over Top, Hamster Corporation – £6.29 (€6.99)
Over Top is a racing game released by SNK in 1996. Players will participate in races through urban areas, mountainous regions, and snowy roads. The courses also feature weather variations to add more variety to the game. In addition to the various vehicles with different performance factors which players can use, they can also enjoy the thrill of drifting their way through corners to clear courses.

Kamiko, Flyhigh Works – £4.49 (€4.99)
Kamiko is a game styled around Japanese Shinto beliefs. Fight as priestesses called Kamiko and battle against demons while solving puzzles to make your way through the stages. Look no further if you are looking for an arcade action game with a twist! Each stage has several Torii (gates) which are magically sealed. Find a way to break all the seals to make your way to the stage boss.

Mario Kart 8 Deluxe, Nintendo – £49.99 (€59.99)
All your favourite tracks and characters return from the Wii U version, plus all DLC tracks and characters, and new characters join the roster, too: Inkling Boy and Inkling Girl from Splatoon, King Boo, Dry Bones, and Bowser Jr.! Plus, battle mode has been revamped and includes Balloon Battle and Bob-omb Blast, with all-new courses such as Urchin Underpass and Battle Stadium, and returning ones like (GCN) Luigi’s Mansion and (SNES) Battle Course 1 from Super Mario Kart on the Super Nintendo Entertainment System.

Puyo Puyo Tetris, Koch Media – £34.99 (€39.99)
Two puzzle game juggernauts collide as Tetris, one of the largest-selling and recognized brands in gaming history, and Puyo Puyo from SEGA have combined to create a fun-to-play, fast-paced, competitive party game like no other! The game offers tons of gameplay styles – from single-player Adventure and Challenge modes to ferocious competition with up-to-four player Arcade modes, for tons of Tetris/Puyo variety. Plus, an in-game Shop enables players to unlock new characters and skins for Puyos and Tetriminos.

Use Your Words, Smiling Buddha Games – £14.99 (€14.99)
Grab a few friends and get ready to laugh. Use Your Words is the party game for funny people and their unfunny friends! Use Your Words is a game that invites players to respond to a variety of mini-games and prompts with the funniest answers they can think of! Players play using their phones and tablets as controllers, making game-play seamless and quick to pick up. Players who get stumped can use one of the hidden “House Answers” to lay a trap for their fellow players once it’s time for everyone to vote for their favourite.

Ascent of Kings, Nostatic Software – £1.99 (€2.25)
The death of a King. An epic challenge to choose a new ruler. Will the smallest of four brothers turn out to be the strongest? Will a young boy become King? The answer is up to you.