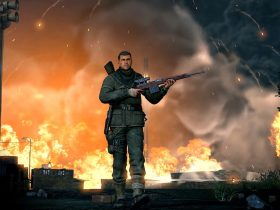 This week’s Nintendo eShop releases for Europe are in, delivering new content and plentiful discounts across Nintendo Switch, Wii U, and Nintendo 3DS.

Magician Lord is a side-scrolling action game released by SNK in 1990. This fantasy action game was one of the launch titles on NEOGEO. Control the magician Elta on a journey to save the world from Gal-Agiese, who came back to life once again.

Experience the ultimate celebration of past and future in Sonic Mania, an all-new 2D Sonic adventure running at a crisp 60FPS with stunning HD retro-style graphics. Multiple playable characters give you the ability to go explosively fast as Sonic, soar as Tails, or power through tough obstacles with Knuckles’ brute strength. You can re-live the Sonic of the past with an exciting new twist on classic zones while fighting against new bosses and Dr. Eggman’s evil robot army. Go head to-head with players in Competition Mode or play in Co-Op Mode with a friend. Sonic Mania was developed by Christian Whitehead, Headcannon, and PagodaWest Games in collaboration with Sonic Team. Welcome to Sonic Mania!

For 1-100 players! Your phones or tablets are your controllers! Players play using their phones, tablets, or even computers as controllers – making it the perfect easy-in entertainment piece for your next game night or party. Once a game is started from the in-pack menu, players simply connect to the “jackbox.tv” web address on their device and then enter the on-screen room code to enter a game. No big mess of controllers needed! You’re gonna need more than one party for this. Note: The games included in this pack are in English only.

The sequel to the party game phenomenon The Jackbox Party Pack, featuring FIVE fresh, rib-tickling party games! Players play using their phones, tablets, or even computers as controllers – making it the perfect easy-to-join party starter. No extra controllers needed! And, spectators can join and affect some games by playing as Audience members! NOTE: This game is local play only. It’s a game-night riot in a box… without the box! Note: The games included in this pack are in English only.

Deep in the Nordic wilderness, a teenage boy named Otto is forced to flee his home after a band of brutal hunters rip through his village in search of a mythical creature rumoured to inhabit the forest. Now on the run for his life, Otto inadvertently finds and befriends the elusive creature being sought by the hunters. Thus begins the perilous adventure of Troll and Otto. Together, the unlikely friends embark on a journey through treacherous territory plagued with rivals. Natives to the forest, Troll and Otto must use their inherent skills to sneak, strategize, and battle their way back home. The forest is filled with unknowns, and teamwork is pivotal to staying alive.

The stars of Chicken Wiggle are an improbable duo: a young chicken and his best buddy – a wiggly worm – nestled in his backpack! Together, they team up for adventure to jump, peck, and worm-grapple across a myriad of perplexing platforming levels – full of fun gadgets, tricky hazards, and sneaky foes – determined to rescue their friends from the wicked witch in her sky towers.

A short and fun platforming adventure game. Venture through 12 levels of pure slaughter and mindlessly try to kill all the monsters that are facing you. Want to finish the last level from the first time without dying? Try using the different items throughout the levels to overcome all the monsters and obstacles easier.