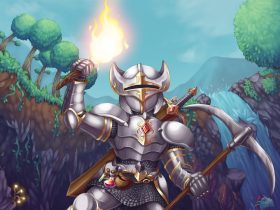 Nintendo eShop Sales
Save up to 50 percent on select digital games! Celebrate Nintendo at E3 2017 with savings on select digital titles in fan-favorite franchises, including Super Mario, The Legend of Zelda, Metroid and more. The sale runs until 20th June 20-17, and you can check out the full list of deals on Nintendo 3DS and Wii U right here.

Nintendo Switch Download Software
ACA NEOGEO Sengoku, Hamster Corporation – $7.99
Sengoku is an action game released by SNK in 1991. Players will fight against past ghosts that have been revived to the present age in a devastated Washington City. Players can use special characters who are confined, after releasing them. Fighting by switching to Armour-clad Wolf, Samurai, or Ninja according to the situation will be your key to success.

ARMS, Nintendo – $59.99
Fighting superstars from around the world share one thing in common: extendable arms! Fight as never before: equip each arm of each fighter with a super-powered weapon to create a slew of unprecedented combinations. Then use simple motion or button controls to dish out highly strategic beatdowns in 1-on-1 or even 2-on-2 battles!

Cave Story+, Nicalis – $29.99 (available 20th June 2017)
A young boy wakes up in a cave with no memory of who he is or how he got there. Join him in an action-packed adventure of thrills and discovery: Cave Story+, the definitive edition of the classic game.

Wii U Download Software
Mutant Alien Moles of the Dead, EnjoyUp Games – $2.99
Mutant Alien Moles of the Dead is a game of reflexes in which your mission is to foil the plans of an alien invader that is attempting to conquer the planet from underground. Can you defeat the aliens and save the planet? To do that, you’ll have to whack the aliens with your hammer as soon as they pop up through the holes. But be careful! You’ll have to be quick, because as soon as they see you, they’ll pounce and try to bite you!

3DS Download Demo
Miitopia, Nintendo – Free
Since the dawn of ever, warriors have banded together to fight evil. Now… Mii™ characters based on your favorite people must unite to do turn-based battle and save Miitopia! Cast them in roles across the kingdom, manage friendships, and give them jobs with distinct stats, abilities, gear, and a custom look. Then behold as awesomeness unfolds!

3DS Download Software
I am an air traffic controller Airport Hero Osaka-Kix, Sonic Powered Co. – $19.99
Kansai International Airport (KIX) is one of the world’s very few airports on the ocean, built on an artificial island! KIX, with two runways, is a busy airport that operates 24 hours a day, full of international airplanes in the day, and as an airline hub for international cargo flights at night. Your skills are challenged to operate smooth air traffic control at KIX packed with many airplanes!

River City: Knights of Justice, Natsume – $14.99 (available 20th June 2017)
Kunio and his friends go medieval in River City: Knights of Justice! This unique entry to the River City series sees Kunio and his friends and foes transformed into heroes and villains that would be at home in any RPG! Use swords, staves, and even magic to bring peace back to Riverandia!

Runbow Pocket, 13AM Games – TBC (available 20th June 2017)
Runbow Pocket is a fast, frantic game in which you can conquer more than 145 levels. The world changes with each swipe of color, so you’ll have to stay on your toes as platforms and obstacles disappear. Runbow Pocket will be available on June 20.