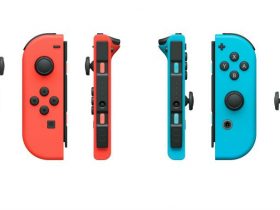 This week’s Nintendo eShop releases for North America are in, delivering new games, demos, and add-on content for Nintendo Switch and Nintendo 3DS – as well as plenty of discounts across all platforms.

Balthazar’s Dream, Dolores Entertainment – $8
In his dream, Balthazar senses the presence of two entities. Recognizing one as Dustin he uses his nose to follow him, while the other presence lurks menacingly in the darkness. Balthazar is sure that it is here to take the boy away. With a loud bark, Balthazar embarks on a quest to save his owner, venturing through the dreamscape with love and determination only a dog can possess.

Bloo Kid 2, Headup Games – $4.99 (available Monday 18th November)
After rescuing his girlfriend from the hands of the evil wizard, Bloo Kid and Pink Girl enjoy life with their newborn Pink Kid. But then, a whole new adventure starts just out of the bloo… Bloo Kid 2 is a classic 2D retro-style platformer experience with lovely designed pixel-graphics and a full chiptune soundtrack.

Bouncy Bob 2, Ultimate Games – $5 (available Wednesday 20th November)
Bouncy Bob 2 is a party game in which you must bounce, shoot, and fight your opponents in various games modes. High replayability and lots of fun guaranteed!

Children of Morta, Merge Games – $21.99 (available Wednesday 20th November)
This intriguing hack-and-slash roguelike sets its story in a distant land, and weaves complex universal themes into its captivating tale of love, loss and hope. Prepare yourself for a dungeon crawler with an intricate narrative equal to its challenging gameplay. Are you willing to make the ultimate sacrifice for your family while the world is devoured by darkness? The Mountain of Morta awaits.

Garfield Kart Furious Racing, Microids – $29.99 (available Tuesday 19th November)
Garfield, the famous lasagna-loving cat is back to take on Jon, Odie and company in a no-holds-barred racing game! Choose your character and kart according to their characteristics and your driving style, get off the starting line first and control skids to outrun your opponents.

Go! Fish Go!, Cool Small Games – $1.99
Even fish lose their patience and try to escape from the aquarium. A team of five amazing fish embark on a daring adventure to escape from their young oppressors. Help them to trick and lose the pursuers. Every second counts.

Mars Power Industries, SONKA – $3.99
Set up power plants and supply power to your colony. Take your time and use strategy to get things up and running in proper order. Overcome obstacles the red planet throws your way and uncover an extraterrestrial mystery!

Overlanders, Run-Down Games – $24.99
Battle it out in five-player multiplayer or rage through the Campaign. Overlanders delivers the futuristic, competitive racing experience of your dreams. Invite your friends and tear up the tracks together.

Perils of Baking, eastasiasoft – $4.99
Perils of Baking is a 2D platforming love letter to its retro inspirations. You play as the younger of two brothers, famous for their baking. It’s up to you to stop your brother’s evil plans as he has given in to a dark artefact.

Pokémon Sword, Nintendo – $59.99
Pokémon Shield, Nintendo – $59.99
A new generation of Pokémon has arrived on the Nintendo Switch system. Begin your adventure as a Pokémon Trainer by choosing one of three new partner Pokémon: Grookey, Scorbunny or Sobble. Then embark on a journey in the new Galar region, where you’ll explore the Wild Area and unravel the mystery behind the Legendary Pokémon Zacian and Zamazenta! A Pokémon Sword and Pokémon Shield Double Pack is also available digitally, which includes both the Pokémon Sword and Pokémon Shield games, as well as additional in-game bonuses perfect for every Pokémon Trainer getting their start in the Galar region.

Push the Crate, Polygon Art – $7.99
Look no further! Push the Crate is a 3D transport puzzle game with 300 level with varying degrees of difficulty. From kid-friendly challenges to a real logistical mastermind, the game has puzzles for everyone. All you need to do is to transport the crates to their target positions and make sure you won’t get stuck.

Raining Blobs, Black Shell Media – $9.99
Raining Blobs is a fast-paced arcade puzzle game based around matching falling blobs. This game will put both your fingers and mind to a test of raw skill.

Rocket Wars, Rooftop Panda – $9.99
Shoot, Blast, Nuke, Shred, Lazer! Do all this to your opponents and more! High octane party gaming for 4 players!

Scarlett Mysteries: Cursed Child, Artifex Mundi – $14.99
Look for clues to the whereabouts of your father! As the protagonist tries to locate her missing father, a clue leads her to the train station next to Baronet Steameyer’s mansion and factory.

Some Distant Memory, Way Down Deep – $12.99
Some Distant Memory is a hand-drawn story exploration game set 300 years after the apocalypse. You play an archaeologist named Professor Zay, joined by her companion, ARORA, a centuries-old AI capable of recreating human memories from scanned relics.

Sparklite, Merge Games – $24.99
Sparklite is an action-adventure set in the whimsical and ever-changing land of Geodia. Battle foes in top-down action using an arsenal of gadgets, guns, and gear. Explore dangerous corners of the procedurally generated world, take down titans of the mining industry, and harness the power of Sparklite!

Squidgies Takeover, Giant Margarita – $15
You control the Squidgies, hapless little blobs of adorableness, that need your help to escape their Momma’s tentacles and make their new home on planets across the galaxy. Find creative solutions to each level’s puzzles by making the Squidgies swing, fling, float, splat, stretch into tubes, and turn metallic. Some Squidgie powers can be combined together for even more mind-bending puzzle-solving techniques!

Sudoku Relax 3 Autumn Leaves, G-Mode – $5
Let your mind take a break and refresh itself to the mind-soothing effects of Sudoku Relax 3. Choose from Easy, Normal, or Hard modes with over 300 puzzles.

Tactical Mind 2, Drageus Games – $4.99
Enjoy the classic brain-teasing challenges offered by Chess but with entirely new rules and concepts to discover. Tactical Mind is one of the most innovative 1vs1 board games and you can now play the sequel – with 30 stages, enhanced visuals and brand new layouts to twist your perceptions!

Woven, Alterego Games – $19.99
Welcome to a world where woollen creatures once lived in peace. Stuffy is a well-meaning but rather clumsy stuffed animal that wanders the world alone. Glitch is a metal firefly that has lost its memory and identity. Was Stuffy left behind? Where did all these machines suddenly come from? And what does Glitch have to do with any of this? Join them on their journey through a world of wool, fabric and hidden dangers.

WRC 8 FIA World Rally Championship, Bigben Interactive – $49.99 (available Tuesday 19th November)
The WRC championship is the most challenging motor racing competition in the world. With the new dynamic weather system, climatic conditions have true-to-life effects: rain and snowfall is now an important game feature as variable traction, different set-ups for each stage, tyre choice and shrewd use of the weather forecasting team all need to be considered.

Zumba Burn It Up!, 505 Games – $39.99 (available Tuesday 19th November)
Everyone’s favourite dance party is back! Zumba is a global movement that brings the fun to fitness with over 15 million people taking weekly classes across 186 countries. Get your fix of the Zumba program anytime, anywhere with high-energy routines and hip-shaking jams including chart-topping hits and Zumba originals. Use the Joy-Con controllers to track your movements and get rewarded for dancing with energy and flair.

Turkey, Please!, Nostatic Software – $1.99
It is Thanksgiving Day, and you are looking forward to a delicious turkey dinner with all the fixings. But it won’t happen on its own! With your cousins tearing around the house, Uncle Leon trying to watch the game, and your little brother being his usual annoying self, dinner may never be ready.