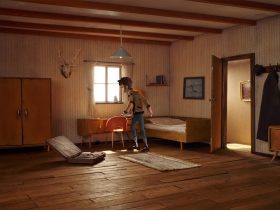 Update: We have now listed every Nintendo Switch, Wii U, and Nintendo 3DS game that has been discounted in the Nintendo eShop spring sale.

Original Story: Nintendo of Europe has announced that the Nintendo eShop spring sale will start this week, seeing more than 140 games be made available at discounted prices between Thursday 22nd March – Thursday 5th April 2018.

That will include Nintendo Switch, Wii U, and Nintendo 3DS games once the sale goes live, with games like ARMS, DOOM, L.A. Noire, The Elder Scrolls V: Skyrim, Super Bomberman R, Rocket League, and FIFA 18 being discounted on the portable home console.

Remember that Gold Points that you have accumulated through the My Nintendo reward scheme can be spent when buying digital games and downloadable content for Nintendo Switch now, which also applies to any games that will be on sale.