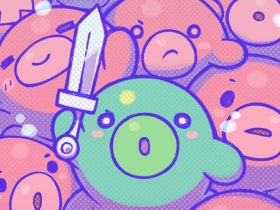 Save Me Mr Tako Review