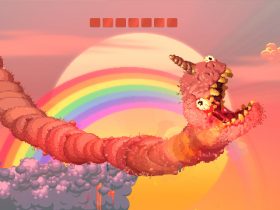 Nidhogg 2 Out On Nintendo Switch This Month