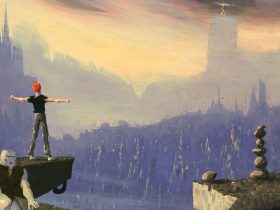 Flashback And Another World Twin-Pack Revealed For Nintendo Switch