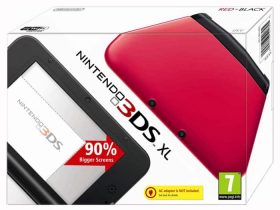 While the gaming spectacle throughout E3 2014 dazzled many last week, it is Nintendo who have reportedly achieved the lion’s share of social media conversation.

Throughout the week, social media analysis company Crimson Hexagon tracked that approximately 47 percent of tweets sent through Twitter were attributed to the company.

Comparatively, PlayStation drew 28 percent while Xbox claimed 25 percent, with the #Nintendo hashtag found in more than 30,000 tweets whereas #E32014 was used 55,000 times.

Popular tweets included one made by the official Nintendo of America account, teasing that Shigeru Miyamoto would make an appearance on the company’s Treehouse Live @ E3 coverage. While another that gained plenty of traction was by user, @Dropkickpikachu, who tweeted: “Nintendo has just shown more playable female characters in one game preview than the other companies have all E3 so far.”