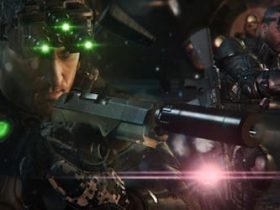 Virtual Console (Wii)
* Prince of Persia, Ubisoft – 800 Wii Points
The Grand Vizier Jaffar has thrown a young prince into the dungeon. Jaffar has forced the prince’s beloved to choose between marrying Jaffar or death. Take on the role of the prince and try to escape from the dungeon. Beware of obstacles such as unpredictable floors and ceilings, hidden spikes and walls of flames. Pass through invisible doors and walk through portals. Find bottles of magic potions, but partake of them wisely – they could increase your life or, just as easily, they might poison you. Survive all of the perilous levels, rescue the princess from the evil Jaffar and claim the royal residence before the hourglass is empty.

3DS Download Software
* Balloon Pop Remix, UFO Interactive Games – $7.99
The ultimate popping puzzler is back! Balloon Pop Remix takes the classic Balloon Pop formula and turns it on its head! Use the stylus to draw lines on the puzzle board and all the balloons in the line’s path will pop, leading into mesmerizing chain reactions! With a deep story mode, 100+ stages in puzzle mode, exhilarating endless mode, and a pick-up-and-play mini-games mode, there is absolutely no shortage of delightful content to pop through!

* Heyawake by Nikoli, Hamster Corporation – $7.99
With the Nikoli puzzle series, you can enjoy high-quality “sudoku” puzzles, created by Nikoli, who gave the world-famous puzzle its name. The Nintendo 3DS allows for the realization of simple and easy to play operability. “Heyawake by Nikoli” contains 50 Heyawake puzzles. “Heyawake” is a puzzle in which you fill in the spaces according to the rules.