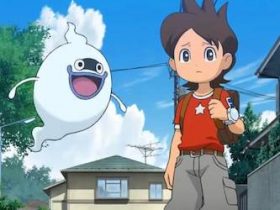 Nintendo of America have detailed the latest additions to their WiiWare, Nintendo DSiWare, Nintendo eShop services, bringing a wealth of new content available to download.

WiiWare
* Gnomz, QubicGames – 1000 Wii Points
Gnomz is a new exciting arcade fighter for the WiiWare service. Gnomz allows up to four Players to play against each other and/or AI in three different game modes.

Virtual Console (Nintendo 3DS)
* Balloon Kid, Nintendo – $2.99 (Nintendo 3DS)
Take to the skies in a balloon to save your younger brother. In the little town of Pencilvania, there lived a brother and sister who loved to play with balloons. Alice and her younger brother Jim would spend countless days filling the skies with their balloons. One day, Jim filled all of his balloons and tied them together to make a beautiful balloon rainbow across the sky. But suddenly, a strong wind came and carried Jim away. As Alice, you must save your brother from peril. Float through eight different stages as you follow Jim’s trail of balloons. Collect as many balloons as possible to earn bonuses. Test your piloting skills to avoid enemies, or let go of your balloons to face enemies on the ground.

Nintendo DSiWare
* 1950s Lawn Mower Kids, Zordix AB – $4.99 (Nintendo 3DS) 500 Nintendo DSi Points (Nintendo DSi)
Your mission is to mow lawns while avoiding dogs, ducks, cats and people like grumpy old Joe in a beautiful suburban 1950s American setting. Control time and speed with Mr. Mowman’s mysterious contraptions. Lead the kids Tom, Nancy and Tim out of danger. Avoid mowing down intricate flowerbeds, crashing into well laid tables and angry animals. The key to success is keeping all three kids moving and to use the abilities of each kid to your advantage. Remember, ill tempered old Joe will keep an eye out for sloppy children that mow down his flowers!

* House M.D. – Episode 4: Crashed, Legacy Interactive – $7.99 (Nintendo 3DS) 800 Nintendo DSi Points (Nintendo DSi)
Join Dr. House and his diagnostic team and race against the clock to solve a new medical mystery. Dr. Gregory House and his elite diagnostic team race against the clock to unravel a new medical mystery. An aging reality- TV host seems to care less about his own health than his fame and reputation. Track down the correct diagnosis by interviewing and examining the patient, running lab tests, searching locations and even performing surgery. 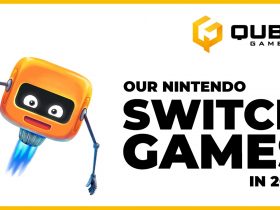