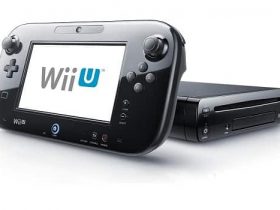 Nintendo of America have announced the latest additions to WiiWare and Nintendo DSiWare, bringing a wealth of content to the download services.

The clear highlight this week is the arrival of Interplay’s classic MDK2, previously released in 2000 for Dreamcast, which is surprisingly listed for release through the WiiWare service rather than the normally expect Virtual Console.

Kurt Hectic must save the universe. He has teamed with the ingenious Dr. Hawkins and a six-legged, gun-toting robotic dog named Max. Together they must out-sneak, out-blast and out-think their enemies as they attempt to reclaim Earth from a vile alien menace. Play as all three characters, each with its own distinct style of game play. Save the world with unique gadgets and weaponry such as the Black Hole Grenade and the Sniper Shield. Ten massive environments will immerse you in an eccentric and wacky world. A captivating and humorous storyline unfolds through each level, all the way to the grand finale. Sniper mode allows you to shoot an enemy in the eye from more than a mile away. Solve puzzles to create deadly weaponry with the brilliant mind of Dr. Hawkins. Sneak, snipe and shoot with Kurt’s suit, which is equipped with a cloaking device.

Are you ready to pulse some planets and soar through space? With a pocket full of planet candy and a heart full of ennui, green-skinned cutie-pie Luna needs your help to accomplish her secret mission. Prepare for fever-pitched puzzles in another mighty game from WayForward. Luna uses her magical staff to create and destroy planets on a whim. Explode vicious space monsters, avoid sizzling electric barriers and grab all the delicious planet candy you can. But watch out for the T-Rex, Luna’s arch-nemesis. His laser eyes are matched only by the awkwardness of his sketchy past.

Overcome a deadly curse as you race to the top of the tower in this dark, atmospheric 2D platformer. The only way to release the curse is to reach the top before the clock runs out. Tower of Deus is modeled after an old-fashioned 2D platform game from the 1980s. Take control of a cursed man and race upwards. Go higher and higher inside a tower in a desperate race to break the curse. You’ll need to overcome hordes of ghastly creatures and demons that lay in wait. Run, jump and fly your way to the top as time ticks away. There are 40 eerie levels with 10 types of gothic-style graphics – not for the faint-hearted.

Players are able to use their Nintendo DSi™ systems to capture a picture of a friend or anything else they desire. The picture will be then used in targets that pop up from various holes. Players must use the stylus to tap them back into their holes. The faster this can be done – without making mistakes – the more combos are achieved. As players continue to earn combos, the picture on the top screen will begin to display graphical changes such as bruises, bugs, black eyes, bandages and scars. The simple game design and easy, intuitive controls make it a game that the whole family can enjoy.