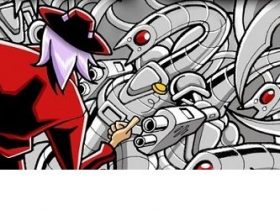 Antipole DX makes a gravity-defying return on Wii U & 3DS

Nintendo of America have released details of the latest titles to be released across WiiWare and Nintendo DSiWare download services.

Professor Lexis just finished his greatest and most energy-efficient machine yet. However, the moment he flipped the switch for the first official test, the machine exploded and sprayed all of the professor’s new multicolored fuel everywhere. He now needs your help to collect the precious fuel and repair the damage before the worldwide energy symposium begins. Twist your Wii Remote™ controller to place wooden planks, funnels and particle transportation portals to guide the fluids back to the correct collection channels and repair the damage in 30 warped levels. The professor will even have you tackling the dangerous task of mixing fluids to create new fuel colors. Just be sure to contain the spill before you cause an overflow.

Puzzle Quest: Challenge of the Warlords delivers classic puzzle action combined with an epic story of good versus evil. Enter the world of Etheria, a land that is quickly becoming swamped with evil. Help protect the kingdom of Bartonia from the undead invasion and seek out the source of these vile creatures to ensure the safety of your countrymen. Challenge your skills in single-player campaign mode or battle your friends via wireless multiplayer (broadband Internet access required). Match gems and unleash devastating spells to defeat your opponents. Complete more than 150 quests in the expansive and immersive story mode.

99Bullets is a fun space shooter with a retro look. The galaxy IRATA 2601 is threatened by Black Eye and his minions, but V-99 is ready to stop him with his 99 bullets. Control V-99 by avoiding, shooting and taking care of the 99 bullets available on each level. The game features more than 10 levels, incredible final bosses and an Arcade Mode.

How quickly can you rotate 3D objects to match their silhouettes? Challenge your spatial visualization skills and make optimal moves to build combos. With its intuitive controls, 3D Twist & Match is easy to pick up, yet its intense, frantic game play will have you coming back again and again. The game features 10 themes: Beach, Halloween, Christmas, Jungle, Food, Vehicles, Tools, Music, Sports and Electronics. Game modes include Classic, Rush and Practice. There are three levels of difficulty, 200 objects to match and oodles of trophies to unlock.

Sheep In Hell Coming To Nintendo Switch Next Week 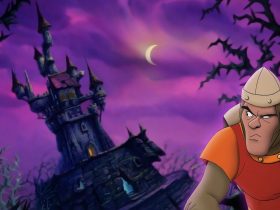 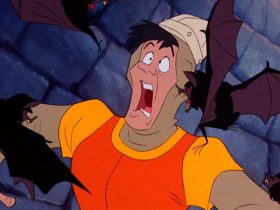 January 10, 2019
Do NOT follow this link or you will be banned from the site!